A group of dedicated teachers who are members of the London Suzuki Group  – a London based umbrella organisation of Suzuki teachers, which is in turn a member of the British Suzuki Institute.

Jillian was brought up in New Zealand but studied the violin in Australia. After graduating she played professionally in the Queensland Theatre Orchestra playing both Opera and Ballet.

While attending an Australian String Teachers’ conference she met the first American teacher to study with Suzuki in Japan, John Kendall. Mr Kendall, a graduate of the Juillard School in New York, offered her a scholarship to do a Masters in Performance and Teaching (Suzuki) in the USA. The programme included children who played Twinkle to Tchaikovsky and included teaching at summer workshops around America, national and international conferences. During this time Jillian was also fortunate to be coached in Chamber Music by the Beaux Art Trio which built on the coaching she had received from the Coull Quartet in Australia. After graduation Jillian taught at the Suzuki Program at Stony Brook University for a year before moving to London.

Jillian established, and is the Director of, The Bayswater Suzuki Group which was based at the London Suzuki Group building in Bayswater. Before long, the Group outgrew the building and they started using College Park School, Bayswater which enabled Jillian to start an orchestra programme. The Bayswater Suzuki Group is now based in Holland Park at St Clements and St James Primary School. The Programme has grown such that it now includes three Orchestras, Chamber Music for advanced players, Choirs, Violin & Cello groups and a biannual Performing Tour Group to different European countries. The next Tour will be in 2020 to Salzburg, Austria.

Jillian also directs a very in demand Chamber Music Course in London each summer. Over the last 20 years Jillian has been invited to teach at Workshops in many European countries including, Denmark, France, Holland, Ireland and Spain.

In 2016 Jillian was delighted to accept the Directorship of Bryanston International Summer School which she has taught at since it began. 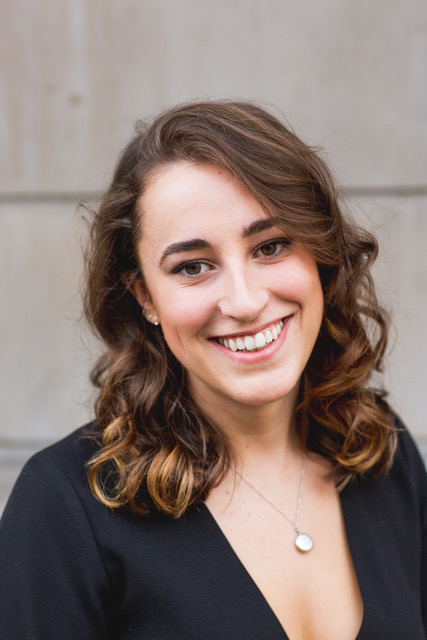 Clíona is an Irish cellist based in London. She began playing the cello at the age of 4 and moved to the UK to study at the Royal Northern College of Music and the Royal Academy of Music.

Clíona loves working within community and education settings. She has always had a passion for teaching and currently is a cello teacher with UK Music Masters. Clíona was an Open Academy Fellow in 2017/18 supporting and delivering workshops in schools and other settings. With her fellow Open Academy Fellows Clíona founded Hold the Drama, a company delivering non verbal plays based on classical music for all ages aimed at helping conversations about mental health. Clíona is the Education Lead for Hold the Drama and creates educational materials for schools to further conversations about mental health and music in classrooms.

Clíona is a passionate chamber musician and has performed in venues across the UK and Ireland such as Wigmore Hall, St. Martin’s-In-The-Field, St. John’s Smith Square and Áras an Uachtaráin. Clíona enjoys performing all genres of music, she performs and records with music producer Wilma Archer and is featured on his album ‘A Western Circular’. She also performs with singer/songwriter Georgia Duncan.

He now plays regularly for both the Kensington Symphony Orchestra and Chelsea Opera Group at the Queen Elizabeth Hall, Cadogan Hall and St.John’s Smith Square.  He also performs in concerts and at functions with the Gallery String Quartet that he set up in 2012.

He currently teaches the violin full-time at Ashmole Primary School for London Music Masters – a musical charity that provides every child in the school with free violin tuition using a strongly Suzuki-based approach.

British pianist Alice Pinto has given critically-acclaimed performances both in the UK and abroad, as a soloist, accompanist and chamber musician. Recent highlights include live broadcasts on Icelandic national radio, concerto performances with the Cambridge Graduate Symphony Orchestra, Cheltenham Symphony Orchestra, and St. Paul’s Sinfonia, and appearances at Við Djúpið Festival, Two Moors Festival, Cambridge Summer Music Festival, Lake District Summer Music, St. John’s Smith Square, Kings Place, and with Orpheus Sinfonia Principals. Alice is equally at home as a writer and presenter as she is a pianist. She is a regular guest at the Malcolm Arnold Festival in Northampton, having presented lecture recitals in 2012, 2014, 2015 and 2016.

Increasingly renowned for her work with young musicians, Alice is a sought-after teacher. She gained her LRAM in 2011 and currently teaches piano and chamber music at Dulwich College and Bute House Preparatory School, having previously taught at Junior Guildhall, Dame Alice Owen’s School, and King’s College London. From 2013-14 she held a Leverhulme Fellowship with Pro Corda, and coaches regularly on courses alongside adjudicating for CMF. Alice works frequently as an accompanist and coach with talented teenage musicians, including students at The Purcell School and junior conservatoire departments, regularly accompanying auditions, concerts and competitions.

Alice gained her MMus degree (performance and research) from the Royal Academy of Music, where she held a Richard Carne Scholarship and was short-listed for the Jacob Barnes Scholarship. As an undergraduate, Alice was a finalist in every internal competition she entered including the Beethoven, Chopin, Scarlatti and open recital prizes and was awarded the Anthony Lindsay Piano Prize and the Manager’s Discretion Prize in the Jaques Samuels Intercollegiate Piano Competition. She graduated with first-class honours and the Isabelle Bond Gold Medal keyboard nomination. Alice was previously the Else and Leonard Cross Memorial Scholar at the Royal College of Music Junior Department and the Nora Day Keyboard Scholar at St. Paul’s Girls’ School, where she was also the Alice Lupton Keyboard Prize winner. Alice has a Suzuki background and was a violin/viola student of Jillian Leddra. She still plays for fun and especially enjoys the string quartet repertoire.